The Philippine poll body got the sought-after recognition from the UK-based International Centre for Parliamentary Studies (iCPS) for its efforts in integrating back into the electoral process certain sectors that had been marginalized in past elections. 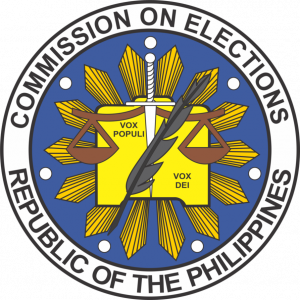 In recent years, the Comelec has made great strides in ensuring that the electoral process is accessible to all voters, which include persons with disabilities (PWDs),  overseas absentee voters (OAV),  senior citizens and detainees.

In his acceptance speech, Chairman Sixto Brillantes reaffirmed the agency’s commitment to greater accessibility and thanked everyone for seeing to it that the elections in 2013 were the most inclusive exercise in its history.

As part of the historic 2010 National and Local Elections and the 2013 Midterm Elections, the Comelec deployed PCOS machines to Hong Kong and Singapore, territories with the highest concentration of overseas Filipino workers.

The Comelec has also gained ground in giving detainees access to the elections. Special polling places were established in detention centers with duly registered voters. An estimated 24,000 detainee voters were allowed to exercise their right to suffrage.

The poll body, whose public approval rating has risen up significantly after the successful conduct of the automated elections of 2010 and 2013, is exploring more ways to increase accessibility with initiatives such as Braille ballots, hiring sign language interpreters, and accreditation of party-list representatives for PWDs.

The Comelec was also nominated for the Equality Award and the Election Commission of the Year Award.

The yearly award is given by iCPS, a non-government organization that seeks to  promote effective policy making and good governance through better interaction between Parliaments, Governments and other stakeholders in society.

The Centre’s primary focus is the empowerment of Human Capital through Capacity Building. To this effect, the centre organizes a range of training programs, conferences and discussions to address current policies issues on the international stage, in the European Union and the UK. These provide a forum for policy discussion, debate, networking and sharing of best practices.