The 2015 Estonian parliamentary elections were held on March 1st. For this event, the i-voting period was opened from February 19th until February 25th.  By 9:00 on the first day of i-voting, more than 54,000 people had already cast their vote. By the time the internet voting period was closed, a record number of 176,491 voters had used the internet voting platform to cast their votes. 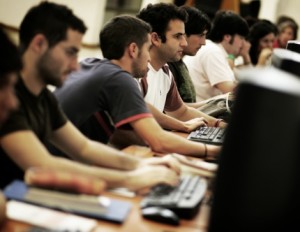 Prime Minister Rõivas cast his vote at around noon in the Stenbock House. He invited photographers to record the event.

After 2009, internet voting participation increased continuously. Statistics from the past five years show that a third of voters cast their votes with the help of an ID card.