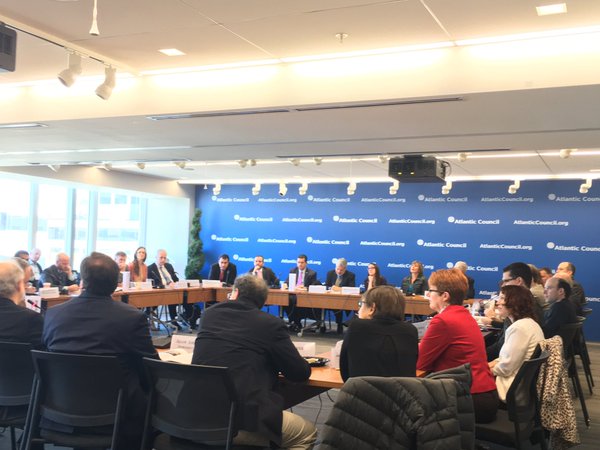 The renowned Atlantic Council, based in Washington DC, recently published a new report: “Democracy Reloaded: The Future of Technology in Elections“, which contains recommendations for governments and the international community on how to better approach the inevitable use of elections technology.   The report highlights the advantages of electronic voting, such as its accuracy, speed and increased turnout.

This report is a valuable addition to the current debate in the United States, which is centered on the changes that will lead to an update of their voting systems through technology, making them more accessible to 21st century voters.

“The most relevant actors, such as government officials, technology experts and civil society organizations must come together strategically to update the voting systems that are behind the rest of the world’s”, said the Atlantic Council Director for Latin America, Peter Schechter.

The report shows that US electoral technology has fallen behind compared to other countries which have modernized their systems with the aid of government funds.

“Several countries, including the large and diverse electorates of Brazil and India, entrust their democracies to electronic voting. However, skepticism in the USA has led certain states to go back to paper voting, such as the most recent case of Maryland, which did away in 2016 with voting machines that had been successful for over a decade”, stated Atlantic Council author Conny McCormack,  “Are we going backwards?”, she asked.

Facing this same panorama, President Barack Obama has urged entrepreneurs and innovators in several occasions to develop technologies which make voting more accessible, in order to increase voter turnout. “We make it hard to vote. It’s easier to order pizza, or book a vacation than it is to select who’s going to represent your government”, the President stated.

This call was answered by Antonio Mugica,  Smartmatic CEO, the leading elections technology company. “In a world where we can buy a house, do a Masters degree and pay for services online, it makes no sense for elections not to use technology.   I agree with President Obama. The future of democracy is digital”.