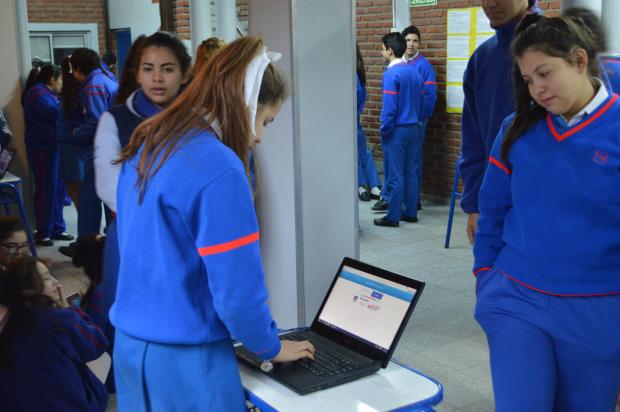 Students of Santa Ana school in the Argentine province of Corrientes, developed an e-voting platform (in person and online) to elect the representatives of their Deliberative Student Council.

The system let the students choose their options through electronic terminals placed in the school, online from any computer with Internet access, or with a mobile app downloaded into a smartphone.

The platform, which brought the student body closer to the technology and to their first political experience, was encouraged by the schools computer science and history teachers.

This educational endeavour met two of the institution’s goals, according to Prof. Franco Rodríguez, in charge of the project. “Environmental awareness and technology development have been goals for this institution; both of these initiatives have been covered by this e-voting program, since we save on the consumption of paper and we designed software for the voting”.

The president of the Student Board for Santa Ana commented that “students are really hooked on e-voting because it makes everything easier, bringing them closer to their first political experience”.

On July 2015 the province of Cordoba set a new record in the country’s electoral history by delivering electoral results a mere 45 minutes after the polls closed.  The provinces of La Falda and Marcos Juárez saw the deployment of 104 voting machines developed by Smartmatic, the leading company in electoral automation worldwide.