Next May 25, Belgians will vote for three elections on the same day during the Federal, Regional and European parliaments elections.

The organizer of the contest – Federal Public Service Interior of Belgium – is preparing to receive 7,900,000 citizens. The current population of Belgium is calculated at approximately 10,438,353 people. 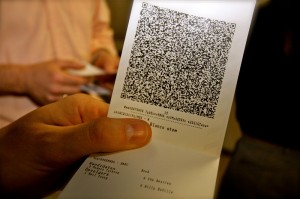 Voting in Belgium is compulsory for everyone over 18 years old. Strict penalties are reserved to those who refuse to turn up on Election Day. This might explain why Belgium has one of the highest rates of voter turnout in the world. More than 90% of registered citizens usually vote.

Although the number of voters participating in this democratic celebration doesn´t seem to be something unmanageable, the election is not exempt from complications. Belgium has a very particular form of government based on language areas and a unique federal state with segregated political power into three levels:

Smartmatic will participate as technology provider and operator for 3,340 polling stations distributed across 153 communes in the Flanders (308 municipalities) and Brussels-Capital (19 municipalities) regions.

As with every project Smartmatic carries, the solution to be deployed was developed in joint collaboration with Belgium authorities to guarantee a process fully adapted to the local needs.

Besides, Smartmatic will provide a suite of services to guarantee total success.