The principle of “one voter one vote” has been for centuries a constant demand from those in favor of universal suffrage. Since ancient Greece, and up until recently, voting was a right reserved to individuals with certain privileges such as belonging to the dominant caste, race, gender, belief, sexual orientation, or other characteristics such as social status, property, or other measures of wealth. Those opposing such discriminatory status quo saw in the one voter, one vote principle a raison d’etre.

As democracy made its way as the preferred social system, and once the concept of universal suffrage became accepted worldwide, the struggle towards managing elections to honor the one voter, one vote principle stopped being a political and social issue and became a technical and operational challenge.

Eliminating imperfections such as duplicates in electoral registries and making sure that each voter is allowed to vote only once, has been the challenge for election administration officials for the last few decades.

This slow process seems to be near an end. Smartmatic has developed SAI, (Spanish acronym for Integrated Authentication System) and will deploy it next October. SAI guarantees that in an election there is no voter impersonation and that those who actually vote can only do it once. 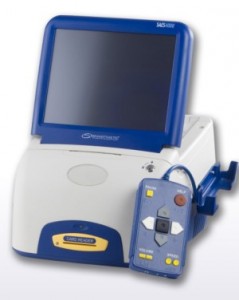 Pakistan looking to strengthen its electoral proce...
The electronic voting system for the elections in ...
Nigerian Senate chooses Supreme Court members usin...
Pakistan advances plans to implement electronic vo...
Jalisco commits to electronic voting for the 2012 ...
Biometrics and the One Voter, One Vote principle
Tweet
Share
Share
Tagged on: One Vote    One Voter