Historically, electoral commissions around the world have seen absentee voting as an alternative to make voting more accessible and convenient. For this reason, many countries allow their citizens to vote via mail, either inside their territory or from abroad.

However, together with the benefits it brings, absentee voting has also certain challenges that must be considered seriously: how can it be verified that someone voting from home is really the person he/she claims to be? How to know if the person who cast the vote did it freely and was not coerced? How can the voter verify that his/her vote is counted, and how can it be audited? 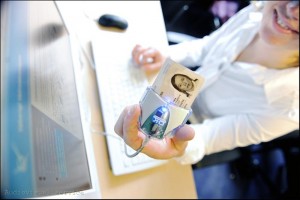 The digital revolution of the last decades opened up the possibility to create a modern version of postal voting – Internet voting. Therefore, at least for 2 decades, different electoral commissions have tried to come up with a kind of remote Internet voting that is secure, reliable and verifiable. However, only Estonia has been successful in carrying out national, legally binding elections this way.

The key to the success of the Estonian Internet voting solution is that the system is based on the following premises:

Optional voting: The Estonian electoral model is paper-based. Casting a remote electronic vote is optional for every Estonian citizen. Online voting is one of the several methods to enable citizens to vote, and it is meant to be a substitute to postal voting.

Early voting: The window for early voting lasts for 7 days, and ends three days before the election. Voters can also go to any polling station and vote with paper and pencil during this early voting period.

Multiple voting: Voters can cast several votes, but only the last one counts. Even after voting online (one or several times), every citizen will always the right to vote in person using paper on Election Day, cancelling every previous vote. If the voter was coerced into voting from home, he/she could vote again at any time.

Verifiable: The system is designed so that voters can verify that their vote was correctly recorded, and observers can audit the process in its entirety.

Dominance of paper: A vote cast in a polling station will always prevail over any electronic vote. However, any electronic vote made under duress can be easily invalidated with a digital vote, or by casting a manual vote during Election Day.

Security: A key component of the Estonian solution is the fact that it offers an optimal balance of encryption, technical and procedural safety which impedes electoral fraud, while protecting privacy and the anonymity of votes.

All together, these measures guarantees a successful execution of Internet voting, and therefore, they back the legitimacy of the election. The Estonian online vote works as a substitute to postal voting and does not replace traditional voting, but rather it is based on it.

Since 2005, Estonia has used the Internet to successfully carry out 7 government elections. As a sign of the level of public trust in the system, during the European Parliament elections in May, 33% of the electorate chose to cast their votes online.

Cybernetica, the Estonian R&D lab that created the Internet voting system used in the country, and Smartmatic recently created an Excellence Centre (the first of its kind) to study and develop Internet voting on a global scale.