Politic experts, analysts, and historians have been trying -for long time now- to map and explain the multifactor issue of independence referenda around the world.

It is not only about the breaking news’ headlines and the socio-political impact brought by experiences such as Brexit, the Scottish vote, or the Catalan independence referendum; but the crux of the matter rests in the influence of self-determination movements on the citizens’ political participation.

Without going too deep into the historic, cultural, political or even economic reasons that lead to proposing and implementing an autonomous referendum; we want to draft some arguments on how these elections (legally binding or not) are becoming a global trend. And, what it is even more interesting for our industry, how e-voting systems could help Election Management Bodies and citizens to endure and manage democratic solutions for these political convulsions.

This year so far, Catalonia in Spain and the Kurdish region of northern Iraq have held independence referenda with no clear political nor legal resolutions yet. Cameroon’s Anglophone regions symbolically declared independence from the country’s majority French-speaking. Also, provinces such as Lombardy and Veneto in Italy have voted (with legal support from the Italian Constitution) towards seeking more fiscal autonomy from the central state.

According to some experts, pro-independence movements have been gaining traction not only in Europe, despite fears for regional instability, economic meltdown, and civil war. The reasons go from historic demographic and ethnic disputes to financial and commercial interests; passing through political, identity and legal demands for greater autonomy, ending discrimination and achieving more balanced decision-making and resources’ distribution. However, all this comes with regional and international uncertainties for spurring violent crisis and a domino effect within other separatist movements seeking to consolidate small sovereign countries.

However, are there positive news for democracy? Definitely so. In the case of the Italian autonomic referenda, for instance, the votes in both Lombardy and Veneto on October 22 were not about independence or secession but focused on greater control over its own governance. Small steps to strengthen the people’s right to vote on local issues.

Both Italian ballots were not only legitimate and constitutional, closely followed by locals and Europeans, but they were also innovative as far as having an e-voting system deployed successfully in Lombardy. 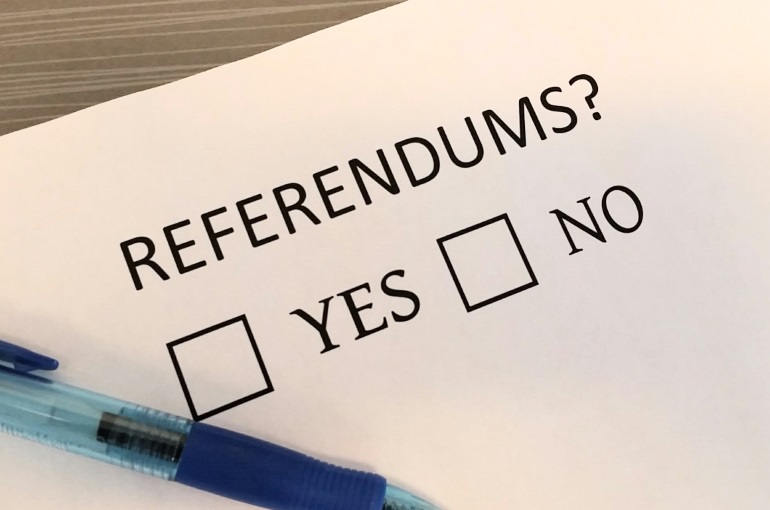 Electronic voting systems and remote options -such as online voting– are among some of the tools that could help an independence referendum deliver its democratic promises with ease.

E-voting, if well implemented, could help increasing participation and speed (faster voting, counting and results delivery); become a more convenient and easier to use option (days before or on Election Day); offer better accessibility for voters abroad or with disabilities; and be a more secure, reliable and auditable choice for particularly complex elections such as independence referenda.

Legal (constitutional) sustenance, as well media and international support remains significant, but political engagement, citizen participation, and voting turnout are truly the key factors for the success of independence referenda and the negotiations to follow. To guarantee the right to vote and to be able to express support or rejection to the separatist drive it is essential for democratic stability and regional peace.

The future of democracy depends on action and comm...
What happens after you mark your ballot on Electio...
Digital Democracy Rising: A Decade of Automated El...
Los Angeles County will be a reference for the nex...
Why Efficient Election Results Reporting Matters
Independence referenda and e-voting: two converging trends
Tweet
Share
Share
Pin
Tagged on: digital democracy    elections    evoting    Referenda