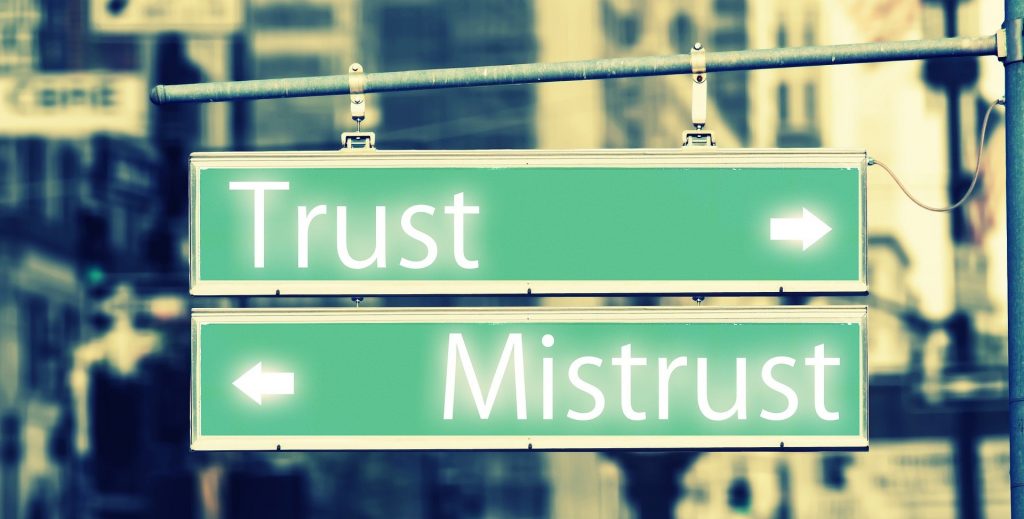 Trust in institutions is at an all-time low. People are viewing governments, NGOs, big business, and even media with growing suspicion.

From 1958 to 2019, Americans’ trust in their government declined by a staggering 76%, according to  the Pew Charitable Trust. It is not surprising therefore that confidence in election results would also suffer, too. Indeed, trust in elections plummeted to 40% from 62% in 2006.

So where did trust go? In her book, “Who You Can Trust?”, author Rachel Botsman posits that trust did not dissipate into thin air, but merely changed hands.

The sharing economy bred an unlikely new repository for our trust – other people like us. We now hop into strangers’ cars with no worry, or sleep in other people’s homes without a thought. Apps like Airbnb and Uber have leveraged the power of information technology to achieve, in a few short years, levels of trust that took institutions hundreds of years to build.

This should offer us some clues as to how election managers can win back the trust of the people: through technology.

Blockchain is gaining currency among experts as the technology most likely to make elections trustworthy again. This is because of the transparency it offers and its distributed nature. Other experts, however, including those who carried out the Privilege Project (of which Smartmatic is a part), say that blockchain would need some time to mature if it is to achieve such a tall order. Blockchain, indeed, would have to grow out of its infancy and solve challenges of eligibility, vote secrecy, and several others.

We have a lot on our hands. Elections are the lifeblood of democracies, and time is running out. We must begin by modernizing the myriad of processes that happen in an election. Biometric online voter registration, online voting, and end-to-end auditability are some of the transformations that can reinvigorate confidence in electoral processes.

Smartmatic is proud to be part of a project in Los Angeles that could very well become the benchmark for modern elections for the whole of the United States, and for that matter, the entire world.

In Los Angeles County, the largest electoral jurisdiction in the United States, we are part of the VSAP project and we are helping to re-engineer the electoral process to put the voter at the center of the entire election experience. Thanks to a robust technological platform, voting here will be more inclusive, friendly, efficient, and transparent. Voters in LA County will be able to cast their ballots from any voting center, over the course of several days, and in 13 languages. Using the Interactive Sample Ballot (ISB), voters can also make their voting choices at home directly on a smartphone, computer or tablet. They then carry the pre-marked ballot – either printed or on their device – to their nearest vote center to cast the ballot. ISB gives voters time to make thoughtful, well researched choices and reduces their time in the vote center.

While there is no app to magically re-establish trust, we continue to develop and implement technologies to make voting easier and make elections more transparent, more efficient, and more trustworthy. Without a doubt, this is the way forward to regain confidence in elections.