The Central Election Committee of Russia (CEC) is fine-tuning their automated vote counting software in order to avoid the possibility of it being manipulated, said its president, Vladimir Churov.

Russia will allow foreign observers to monitor the elections in Crimea and Sebastopol, set for September 14. 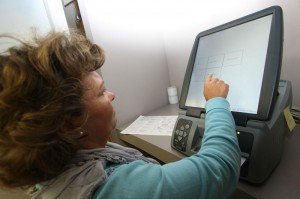 Under the current legislation, the vote counting system uses a local network that is not connected to open networks for general users. However, the software cannot operate within local networks without systematically connecting to the Internet. This leaves the software vulnerable to failure.

In response to this, the CEC issued instructions for submitting proposals for the next round of elections. The vote counting computer system -used since 1995- has been updated periodically.

The special multimedia network created for this purpose includes more than 3,000 IT facilities around the state and uses digital communication and satellite channels.

In the latest parliamentary and presidential elections, 1,800 hacker attacks on the CCA’s website were thwarted.