On November 8, 2007, the United Nations (UN) began observing September 15 as the International Day of Democracy to celebrate democracy and promote it around the globe.

Democracy has been a priority for the UN since 1948, when the Universal Declaration of Human Rights was approved by its General Assembly. This declaration, which states that “the will of the people shall be the basis for the authority of government”, represents the first global expression of rights to which all humans are inherently entitled. 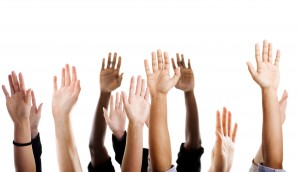 When drafting the document, the UN was not seeking to promote a specific type of democracy; it was giving nations enough room so they could devise their own democratic systems, always using a set of common core values: participation, equality, security and human development.

These four values have also been promoted by the UN since 2008 by linking the concept of democracy with the millennium development goals: peace, education, youth participation and the voices of society. (See chart below)

Each one of the these themes fosters the creation of a democratic model in which empowered civil societies demand more from governments through elections and other forms of direct participation.

Because we firmly believe in the importance of elections, we join the UN in celebrating this and every other initiative that strengthens democracy and moves societies forward.