When Argentina counted up the votes in its recent election, citizens had the results in record time.

Three hours after voting ended, more than 70% of the tallying reports had been digitized, securely transmitted and uploaded into the system. By midnight, 96% had been processed. Aside from being a brag point for Smartmatic, why does this matter? Because fast and accurate results reporting is a key to minimizing civil unrest and the peaceful transfer of power.

Argentina’s 2019 elections were huge. Voters chose among four candidates for head of government and six formulas for president and vice president. In eight provinces, 72 candidates vied for senate seats and 595 candidates competed to for national deputy positions. There were more than 10,000 voting centers and, according to election authorities, voter participation exceeded 80%. 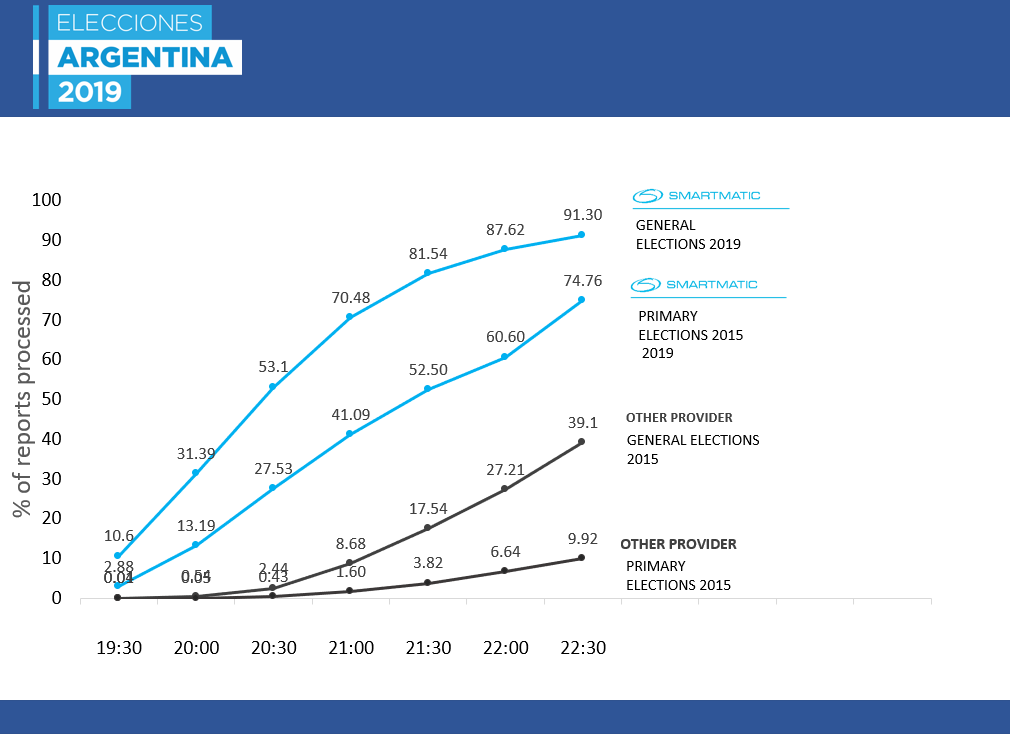 Technology enabled election officials to compile and authenticate the data under the watchful eyes of election observers representing the political parties. Now here’s why this matters: the transparency and speed with which the results were published allowed politicians and their parties to publicly accept the outcomes. When a country’s leadership and its observers accept election results, typically most of the population also accepts them. That reduces the likelihood of sectarian protests and violence.

Bolivia is currently embroiled in rioting as a result of delayed results in its presidential election. In Indonesia, the 2019 presidential election was held on April 17 but the official results were not released until May 22. In between and for weeks after riots and violence rocked the capital, Jakarta.

In 2017, authorities in Ecuador offered preliminary results on election night for its presidential race. They had only counted 50% of the ballots. Social media exploded with all sorts of theories about election rigging and foul play. People spilled into the streets to protest.

These are just a few samples from around the world. History has shown time and again that transparent processes and quickly published results minimize civil unrest.

“We were able to facilitate fast, accurate results that gave peace of mind to political parties and the country in general,” said Antonio Mugica, CEO of Smartmatic. “Because of the speed and accuracy with which results were published, misinformation about the technology that had been widely distributed across social media and other news outlets fell flat and was easily discredited.”

In a country with significant financial challenges, the environment was right for citizens to rise up and protest the election results. This is particularly true in this election, where the incumbent president lost. But thanks to fast results, the transfer of power can move forward peacefully.