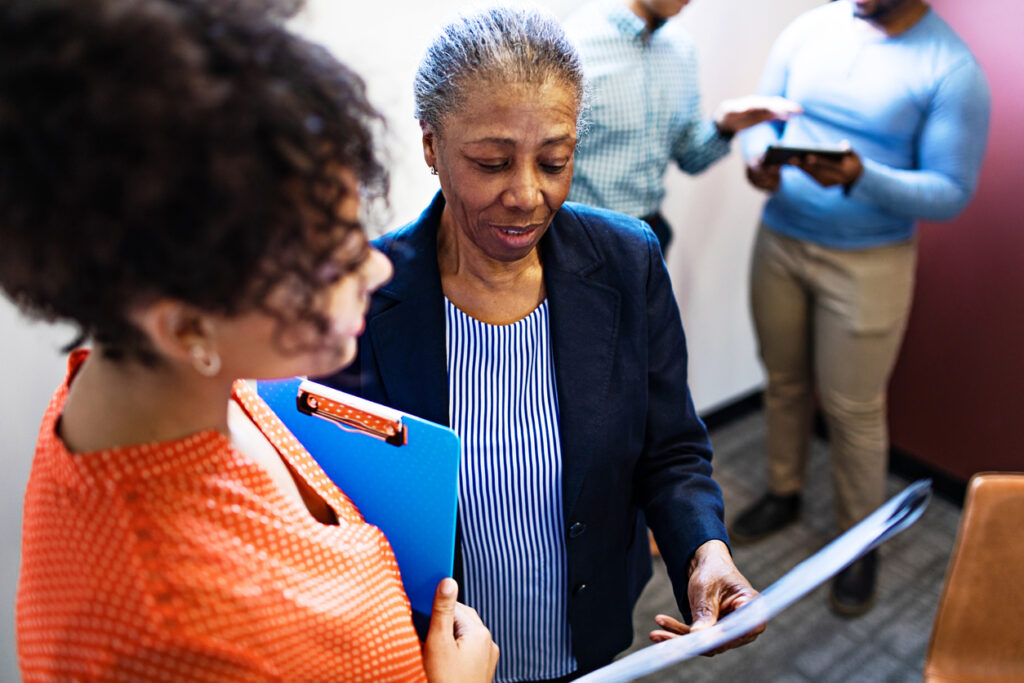 Women perform important roles as elections administrators around the globe. Yet too often their important roles, including those on elections boards and commissions, are overlooked. Evidence shows that women are effective, trusted election leaders, but as in virtually all professions, women are still under-represented in the top echelon. Democracies would do well to continue righting this wrong.  Senior leadership that represents all people in terms of ethnicity, race, ability and gender will help ensure that the interests of all groups are considered, making elections as inclusive as they should be. The women who achieved these important roles are admired and encouraged to continue their great work.

Evolution of the Role

In most countries, the Chief Election Official (CEO) is responsible for leading the preparation, organization, and execution of elections. The CEO’s job has evolved over time from an occasional, part-time clerical role in the mid-1800s, to regular full-time professional work in the early 1900s, to executive-level leadership today. In the US and other western democracies, these changes were driven by:

Early on the job was mostly clerical with far fewer requirements and was largely relegated to women. Consequently, there were many women who developed the knowledge, skills and ability to become a CEO – they just didn’t get the job.

In the US, the conduct and adjudication of elections historically had been assigned to sheriffs, judges and other similar male-dominated roles. As a result, women in the US today hold the majority of election administration jobs but fewer senior leadership-level positions than men. For example, women represent about 85% of administrators in jurisdictions with fewer than 25,000 registered voters. But that drops to 47% in jurisdictions with more than 250,000 voters.[1] Four of the five largest election jurisdictions in the US are led by men. Thus, far fewer women hold prestigious and influential CEO positions overseeing large election bodies.

The fact that most of the senior level leadership roles in election administration are held by men largely mirrors the status of women in politics and business. In 2020, only 5% of S&P 500 companies were led by women. The World Economic Forum’s 2021 Global Gender Gap Report shows women represent only 26.1% of parliament seats and just 22.6% of ministerial positions worldwide. Thus, increasing the number of women leaders, in politics and on election management bodies (EMBs), is still a work-in-progress in most of the world.

The Value of Women’s Leadership

Time and again, findings show that women bring unique skills to executive positions, in elections and otherwise. Recent research found that companies with women as top executives perform better than those with men.[2] In a study that examined gender and leadership styles, researchers found that women leaders use more transformational leadership (inspiring, caring and encouraging) than men, who tend to adopt a manage-by-exception style (only intervene when problems become severe) along with the lassiez-faire leadership style (absent when needed).[3] Further, surveys of both supervisors and subordinates showed that people believe women leaders are better at both communicating and showing consideration.[4] While the research focused on executives in business, it carries true by reputation and result to women who lead election bodies.

In reality, women CEOs are important beyond simply managing their teams. The International Foundation for Electoral Systems (IFES), in its paper, Gender-Sensitive Indicators for Early Warning of Violence and Conflict, points out that “differential gender needs are often overlooked in analysis, planning and implementation of electoral activities. This negatively impacts women’s participation as voters, candidates and election administrators.”

Globally, with ever-increasing knowledge among voters and the use of technology, election bodies are preparing for next steps in the advancement of carrying out elections. Women CEOs are in the right job at the right time to work with legislative and international bodies to prepare the future.

Gracia Hillman served as a commissioner on the US Election Assistance Commission (EAC) from 2003 to 2010, and as EAC chairman. During her career, she served as Senior Coordinator for International Women’s Issues at the US Department of State, and Executive Director of the League of Women Voters of the US. She also served on the Congressional Black Caucus Foundation and the National Coalition on Black Voter Participation. She was President and CEO of WorldSpace Foundation and Vice President for External Affairs at Howard University.