The Huffington Post UK published an op-ed authored by our Chairman Mark Malloch-Brown. In the piece, he writes about the recent general elections in the UK, stressing the need to modernise voting processes, and points at technology as the perfect tool to improve election administration and to increase participation. We invite you to read it here: 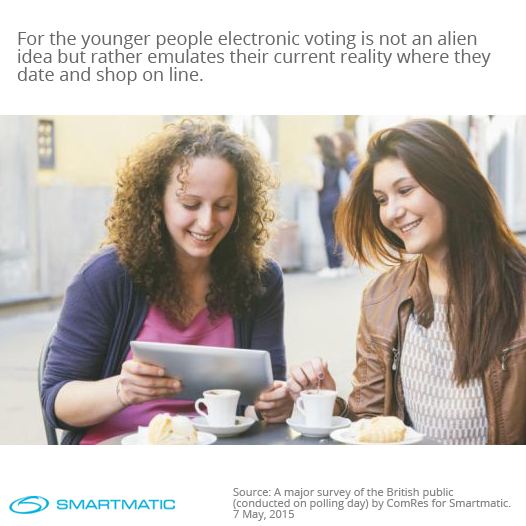 A General Election apparently on a knife edge. A political map about to be radically re-drawn. The main parties moving further apart on basic economic strategy with the future of Scotland, and therefore the Union, as well as Britain’s place in Europe at stake. Even the most exciting electoral battleground for a generation did little to shift Britain’s stubbornly low voter turnout, which stalled at just less than two-thirds of the eligible public. Compare this to 1992, the last time the Conservatives won a majority, where almost 80% of people cast their vote.

Turnout matters. Democracies deliver better outcomes by harnessing the wisdom of the whole crowd. The moral authority of our Parliament – under greater scrutiny than ever, following the results in Scotland – depends on public participation in the democratic process.

As the new Government works on its first Queen’s Speech, it will need to address a range of fundamental constitutional issues. Among them should be the question of how we can increase turnout and improve the integrity of our voting system itself. It’s time to ask whether the UK’s voting system of polling stations, ballot boxes, postal and proxy votes – is fit for purpose.

This Election has raised a series of important questions about the way in which people vote in the UK. And the reasons why people choose not to.

The causes of this apathy are diverse. On the day of the election, my company, Smartmatic, commissioned a poll with ComRes to better understand why some people decide not to vote and how, if anything, they could be best encouraged to do so in the future. The results were clear: over a third of non-voters (36%) didn’t think there was anyone who they actually wanted to vote for. A similar number said that they were not interested in politics (31%) whereas a small, but still significant group specifically identified the political parties as not offering anything they like (21%). It is clear that political culture and communication needs to change in order to connect with voters.

However, technology can also play a vital role in increasing participation. The poll also found that making it easier for people to express their democratic opinion would encourage new voters: 65% of people thought that being able to vote in a more convenient place, like the supermarket or office, would be good for democracy. Four out of ten people who didn’t vote last week specifically said that being able to vote online would have made them more likely to cast their ballot.

The data also shows that older people who don’t vote are more likely to say nothing will encourage them to vote in future. If we fail to inspire young people to vote, shunning the ballot box becomes a habit they are unlikely ever to break. Technology has a crucial role to play here: under half of the 18-24 years olds surveyed said they were confident in using aspects of the current voting system, such as knowing how to register to vote and where to find their local polling station. We need to address this divide, helping younger people feel more confident in how to participate in the voting process. For them electronic voting is not an n alien idea but rather emulates their current reality where they date and shop on line.

These results clearly show that if the political parties want to get more people involved in elections, they need to modernise the way democracy takes place in the UK. Ultimately, when more and more people do their banking online, or even book their flights abroad now using an App, it is time to seriously consider why the only options for voting here remain paper-based.

The structural competency of the current voting system has also been repeatedly called into question over the last week. Despite percentage turnout being almost flat, with a growing population the system appears to be struggling to meet demand. Specific issues with certain counts have been well publicised, with stories of candidates being left off ballot papers, voters even allegedly being coerced and some results having to be recounted as many as three times to confirm their accuracy. Even the time it takes for results to be announced is growing: in 2001 the average constituency count was announced in well under three hours; last week it was over five.

These issues with the system are concerning in themselves, but when one considers that over 20% of the vote this year is likely to have been cast through postal votes, and that tens of thousands of postal ballots were not received in time, it becomes even more worrying. Expatriate Britons and younger Britons away from the parental home where they were registered were, it seems, disenfranchised in very large numbers.

Many MPs reply on hundreds, not thousands, of votes to secure their majorities. A smaller and smaller number of votes makes a greater and greater impact. In a very literal sense, now more than ever, every vote counts. The General Election has happened, but before 2020 we have votes in Scotland, London and even a potential vote on our place in Europe to navigate.

Countries as diverse as the US, Estonia and Belgium as well as large parts of Asia and Latin America are modernising their voting systems to make sure it is as easy as possible for as many as possible to participate in a fair, secure and robust voting system.

The UK needs to escape a very British complacency.

We cannot fall back into believing that because things worked in a more stable and homogenous Britain where voting methods could rely on a high degree of social trust and people living in the same community or even home for their whole lives, they still work now. We are a much more mobile, diverse and technologically enabled place so let’s have a voting system that celebrates and recognises that.