Although the 2018 US midterm elections showed the world a polarized America, one very positive conclusion can be drawn from the polls: minorities are achieving more representation across all levels of government.

1. A record-breaking 103 women won elections to Congress. This number could still grow as some races are still undecided.

2.  At least 96 women won House seats, with 31 women being newly elected. This has overtaken the previous record of 85 representatives, according to the Congressional Research Service.

3. In the Senate, at least 11 women won, with two being newly elected and nine keeping their seats.

6. At least nine women, five of whom are incumbent and four are newly elected, are now state governors. 16 women were their parties’ gubernatorial nominees this year, breaking the previous record of 10 women in 1994.

7. Somali refugee Ilan Omar (Minnesota) and Rashida Tlaib (Michigan), who is the daughter of Palestinian immigrants, are the first two Muslim women to enter Congress.

8. 2018 welcomed the youngest woman ever elected to Congress. At 29, Alexandria Ocasio-Cortez has become the youngest representative in Congress (New York’s 14th congressional district.)

10. Young Kim has become the first Korean-American woman elected to Congress, representing California’s 39th Congressional District. She is herself an immigrant from South Korea.

Women as elected officials. A narrative that is changing

Many things have changed since Jeannette Rankin was elected as the first female member of Congress way back in 1917. Since then, female politicians have gained the universal right to vote by the 19th Amendment and have occupied various positions of power across all levels of government.

Over the last 100 years 329 women have been elected as US Representatives, Senators or Delegates. While this number may sound impressive, it actually constitutes a small fraction of the overall membership in these legislative bodies. This is especially true when we take into consideration the fact that women have consistently composed a larger share of the registered voters. In 2016, 83.3 million women were registered to vote as opposed to. 73.8 million men.

It is important to take into account that Women also tend to vote in higher proportions than men. In spite the progress, only 104 women were serving in both the House and Senate out of a total of 535. This means women occupy just 20% of the seats. 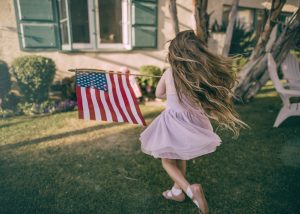 Photo by frank mckenna on Unsplash

While women are currently underrepresented in the halls of Congress, the 2018 congressional midterms results have brought hope. Both Democratic and Republican women were nominated in record numbers with 185 female nominees campaigning around the country. By running for office and voting in higher numbers, women are beginning to flex their political muscles. The gender gap that has been present since the founding of the US may finally be closing once and for all.

The future of democracy depends on action and comm...
Experience is the Most Important Election Technolo...
9 resources to help you take better Election Manag...
While GOT is fresh on your mind: 13 lessons with q...
The ins and outs of African Elections
Minority representation continues to grow in the US
Tweet
Share
Share
Pin
Tagged on: 2018 US Elections    elections