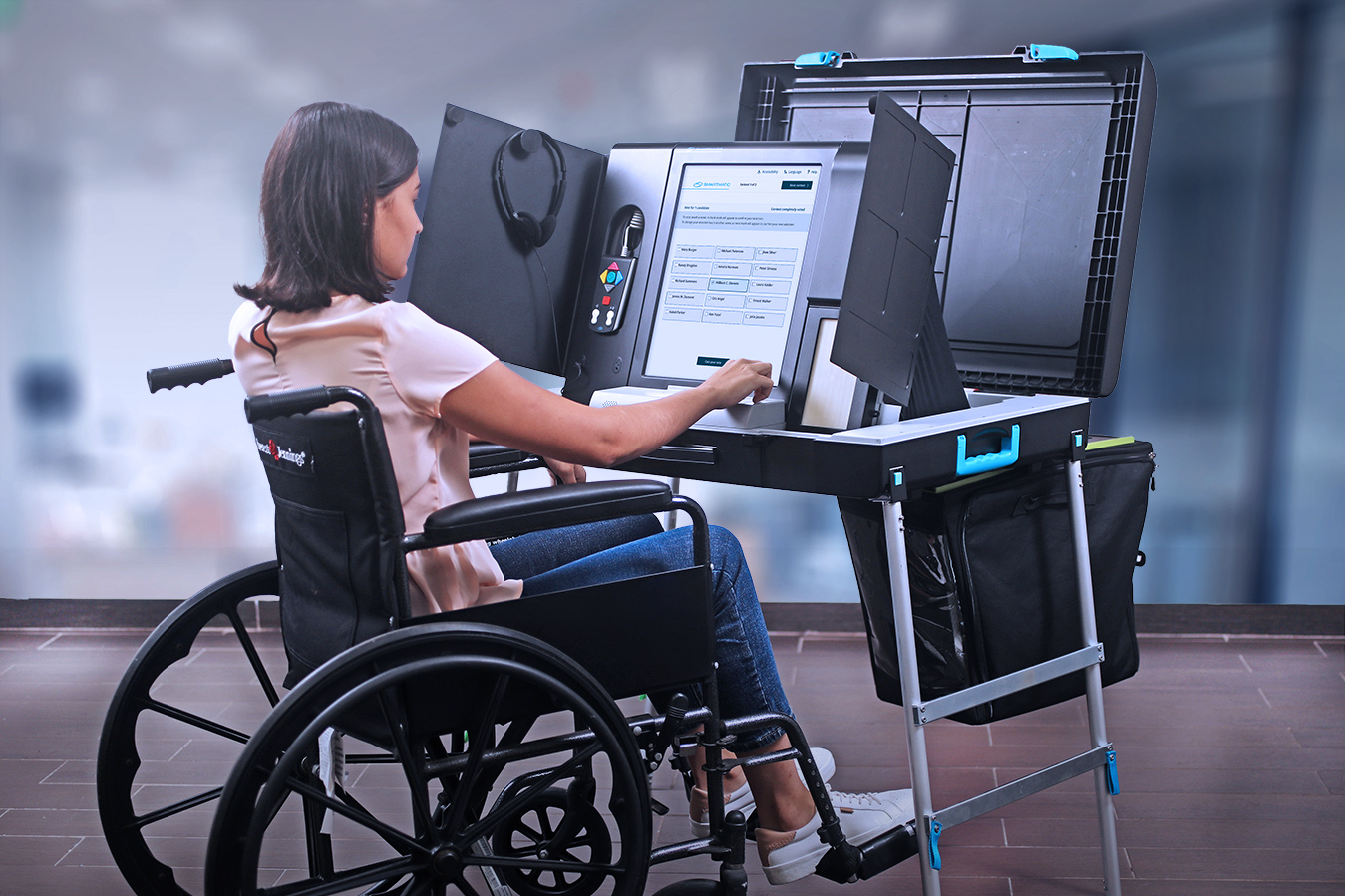 With the primary season just around the corner, America’s attention is increasingly focused on the upcoming 2020 election.

Ours is a diverse nation that includes a mix of people not just from many ethnic backgrounds, but with varying mental and physical abilities. Roughly one in four US adults identifies as having some disability, according to the Centers for Disease Control and Prevention. These varying abilities do not negate the rights of these citizens to vote in US elections. Accessibility to polling locations or workable voting equipment should not deter their participation in the electoral process. But the truth is, in 2019, it still does.

This may be short-sighted.

TIME cites a Rutgers University report on the 2018 elections that found that voter turnout among people with disabilities climbed 8.5% as compared to the 2014 midterm – a 49.3% turnout. However, that’s still 4.9% less than the turnout for voters without disabilities during the same 2018 election.

The highlights that “difficulty navigating inaccessible polling places have historically kept disability voter turnout low”, TIME notes that “the U.S. Government Accountability Office conducted a review of polling places during the 2016 election and found that 60% of those reviewed had at least one impediment to voters with disabilities.”

Smartmatic and others are investing in the research, development and manufacture of secure, accessible voting solutions–everything from multiple user interface options to a voter-verifiable paper audit trail that doesn’t require a voter to hand-mark a paper ballot or carry a machine marked paper ballot across a room to deposit in a separate scanning machine.

At the same time, multiple bills introduced in Congress would potentially stymie progress in developing accessible voting technology by prescribing to states what types of voting equipment can be purchased using federal grants. This is usually driven by an understandable, though misguided, concern for election security. But we know from our extensive experience providing election technology throughout the world that security and accessibility are not mutually exclusive.

Securing the vote is of primary importance to all Americans. This is why Smartmatic is the only election technology company in the world that has developed and delivers a voting machine that provides triple-check verification of voter intent. This ensures that every vote generates an electronic record, a human-readable paper record and a barcode that must all match before that vote is officially cast by the voter.

Yes, all Americans share the imperative to secure our networks, data, and votes. We should also equally share the commitment to enabling voters with disabilities to engage equally in the Democratic process.

Congressional bills that would, for instance, effectively ban voting machines by mandating that states exclusively use non-tabulating machines with paper ballots (and thus stand-alone scanners across the room), or hand-marked paper ballots, while well-intended, do not create a more secure process. But they do contribute to the persistence of barriers to voters with disabilities.

From an innovation and competition standpoint, these Congressional restrictions would force states to choose from a limited selection of higher-priced, lower-technology, less-accessible and outdated voting solutions when more advanced, secure and accessible technology is available.

The Rutgers report cited by TIME concluded that “if people with disabilities voted at the same rate as similar people without disabilities, there would be 2.35 million more voters.”

That is an enfranchisement goal that all Americans should support.