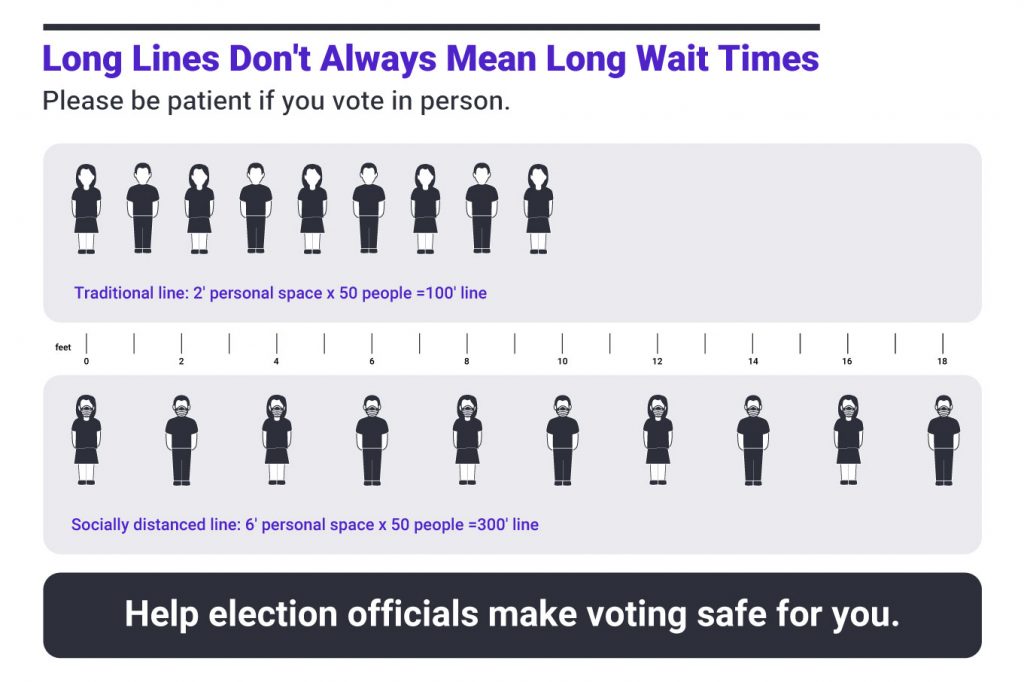 No one knows who originally said this, but he or she may as well have been talking about in-person voting during the 2020 US elections. All we can do is hope voters have patience.

Even now during the early in-person voting, headlines from across the country shout about wait times. According to National Public Radio, more than 26 million people had voted as of Saturday [October 17], per data compiled by the U.S. Elections Project, a non-partisan project that tracks election turnout. That’s more than six times the number of votes cast at the same point in 2016. And the numbers seem to be trending up, despite record numbers of voters casting ballots by mail.

Yes, many of the delays are caused by sanitizing procedures to ensure safe voting during the COVID-19 pandemic. This is new to everyone and poll workers will be learning and improving their disinfecting processes in the coming days. 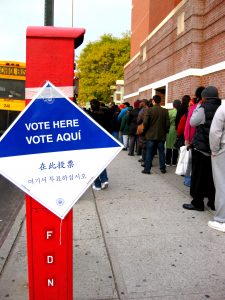 Long lines may not actually be more people voting, but an illusion caused by social distancing. Before the pandemic, a line of 50 voters may have been about 100 feet long. (Americans like more personal space than people from most other countries.) But with 6 feet of social distancing, those same 50 people will create a line that’s 300 feet long. The wait time for both lines should be more or less the same. That won’t stop some people from being frustrated (and the media from reporting it).

Keep in mind, too, that social distancing must be maintained inside the actual polling area. Officials and poll workers will have strict guidelines on the total number of people that can be inside the vote center. This number will vary based on the size of the facility. Certainly, the STAPLES Center in LA will accommodate more people than an elementary school in Possum Grape, Arkansas. Fewer people in the polling area means more people in lines. It may still be the same number of voters, but where they’re waiting will further contribute to the illusion of longer wait times.

Many states acquired new voting systems since 2018 with money provided by the federal government. Hawaii, South Carolina, Georgia, Alaska and Delaware have new statewide systems. Countless individual jurisdictions in other states also have new equipment, including Los Angeles County, America’s largest jurisdiction. This will be the first presidential election in which these systems are used. That means operations may move a bit slower as poll workers and voters learn to use these new tools.

Alice Miller, executive director of the District of Columbia Board of Elections, perhaps offered the best summary. “Understand, there are going to be lines if you decide to vote on Election Day or in-person during early voting. That is so important because we’re used to microwave fast, and it is just not going to happen for this election.”

Keep a good attitude when you’re waiting. It’s worth it.

Steady Funding Essential for Election Integrity
The Drumbeat of Facts
Science-based recommendations to keep in-person vo...
The Key to Safe In-Person Voting? Communication
Vote-by-Mail Deadlines for All 50 States
All Good Things Come to Those Who Wait (to Vote)
Tweet
Share
Share
Pin
Tagged on: elections 2020    Safe elections    US Elections 2020