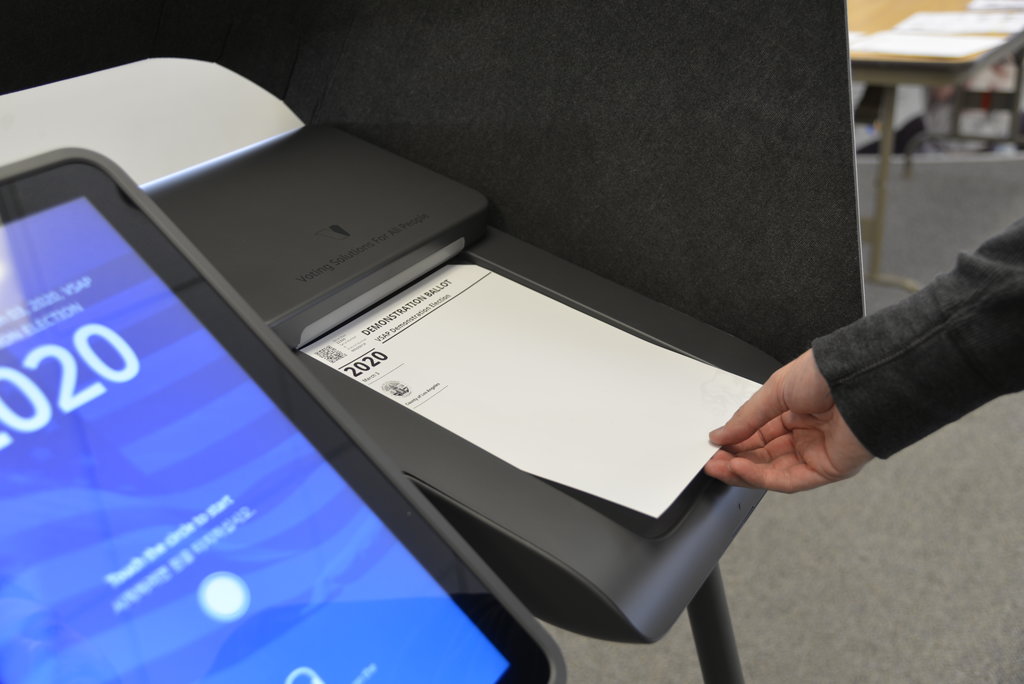 The Voting Solutions for All People (VSAP) is more than a solid foundation; it showed itself to be revolutionary. An exit poll conducted by Loyola Marymount University revealed that more than 90% of voters described their overall voting experience as “good” or “excellent.” More than 75% of voters from the same poll said the new technology made voting easier than in previous elections.

The County added e-Poll books. They moved from more than 4,000 local polling places into 979 centralized vote centers. They gave voters the flexibility to use the interactive sample ballot to easily mark their ballot at home and bring it to the vote center to be cast. They offered in person early voting over 29 days at their headquarters office and then allowed all voters in the county to cast ballots over an eleven-day period—including the two weekends before Election Day. They made voting accessible for LA voters with disabilities in a way that had never been available before. And they did all this in a jurisdiction with more voters than 42 states.

The election event in LA was hugely beneficial to the citizens of Los Angeles. VSAP is an incredible step forward, but its rollout was not without challenges. County Registrar Dean Logan acknowledged this in his Election Night press conference. That the election was imperfect shouldn’t surprise anyone given the scope of the changes. Implementing the new system meant engaging and collaborating with a vast number of organizations, departments, service providers and groups from the state level all the way to the local level. There were also multiple outside providers.

Let’s not forget that voters, vote center workers, and County officials were learning a whole new voting system that bears little resemblance to the obsolete system, launched in the late 60s, they just abandoned.

As stated by Logan, vote centers had to be strategically sized and located based on population densities and travel patterns. This election saw most in-person voting occur on the last two days of the voting period at sites near residents’ homes. The County will examine voter-turnout patterns and work to better ensure adequate coverage at vote centers for future elections. The number of poll workers can be increased with little effort. As voters become acclimated to the new system, their behavior will also change. More voters will take advantage of the geographic and time conveniences available to them over the full 11-day voting period.

Training for all vote center workers will be expanded and the lessons learned during the rollout will enable them to manage all aspects of the system more confidently, including onsite troubleshooting. All involved will, no doubt, be more comfortable with the new system when the general election rolls around in November.

Despite some challenges in rolling out a new, end-to-end voting system, VSAP shows amazing promise. It is more accessible, transparent and easy to use than any system that has been created to date.

Steady Funding Essential for Election Integrity
The Drumbeat of Facts
All Good Things Come to Those Who Wait (to Vote)
The Key to Safe In-Person Voting? Communication
Vote-by-Mail Deadlines for All 50 States
Early Takeaways from Los Angeles
Tweet
Share
Share
Pin
Tagged on: elections 2020    Elections in US    Los Ángeles    United States